Most applications tend to focus on correctness over performance. The shift towards performance only occurs once it is seen as a problem. When that happens, one rarely has time to dedicated towards improving it. This article aims to show you that there is no simple answer. A lot of performance work should be done in early phases of development. For the rest of the article, the reader is considered having a role of Performance Engineer or “acting” as one.

In my experience, a strictly “agile” methodology (Idea -> MVP -> Feature -> “Refactor”) tends to leave out proper performance engineering, since performance is not a goal but an expectation.

Performance is a field where the more you know, the less you understand.

Regardless of the source, when a performance issue appears it should be fixed immediately. Two ways are: 1) modifying code/architecture or throwing money at additional hardware resources. The second path in some time will lead to the same problem down the line.

Prior starting performance analysis, you must understand your application architecture. Any analysis requires clear boundaries and a full understanding of dependencies and third-party services.

A diagram of your software architecture is a great starting point.

The foundation of your software should be resilient to achieve better results.

Today, a big part of the market is adopting distributed systems. As we’ve come to learn, such systems adds a lot of complexity to your architecture in exchange for scalability and availability (resilience).

It also adds more components to your list of dependencies. Therefore, you should monitor these dependencies to have better visibility when things deviate from a happy path.

Each part of the architecture (or software) needs individual monitoring that helps us go back in time and answer some of these questions:

These questions will help to choose the right performance methodology to apply. 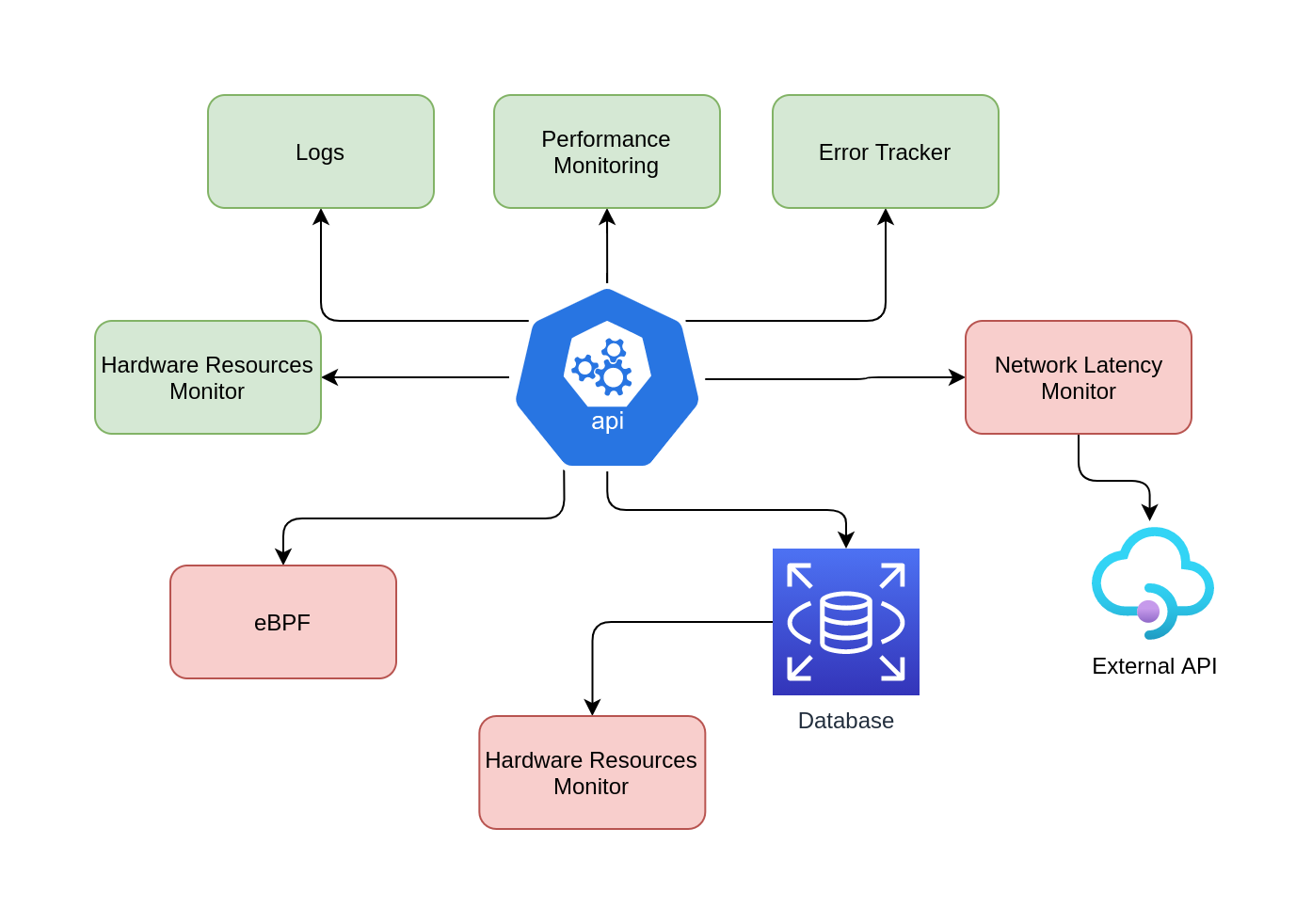 This section is a reference to the book System Performance by the author Brendan Gregg.

In performance analysis we can split information into three types:

While creating architecture diagrams, unknowns-unknowns obviously aren’t mappable since you don’t know about them.

unknown-unknows are common. It is your job as a performance engineer to transform the unknown-unknowns into know-unknows.

As previously mentioned, achieving observability in our software/architecture is fundamental to perform performance improvements. In this section, I’ll walk through a few tools that are great for this purpose.

Tracing collects per-event data for analysis. Normally, tracing tools are not enabled by default since it adds CPU overhead to capture and send/store the data.

Logging (including system logs) can be seen as low-frequency tracing that is enabled by default.

TracePoints is a great way to observe your software in the production environment. You can use USDT (dynamic probes) or static tracepoints. For further information check the useful links section.

Profiling characterizes the target by collecting a set of samples of snapshots. CPU usage is a common example where samples are taken of the stack trace to characterize the code paths that are consuming CPU cycles.

/proc is a file system interface for kernel statistics, it contains directories where each directory is named after the PID of the process. These directories contain a number of files containing information and statistics about each process mapped from kernel data structures. 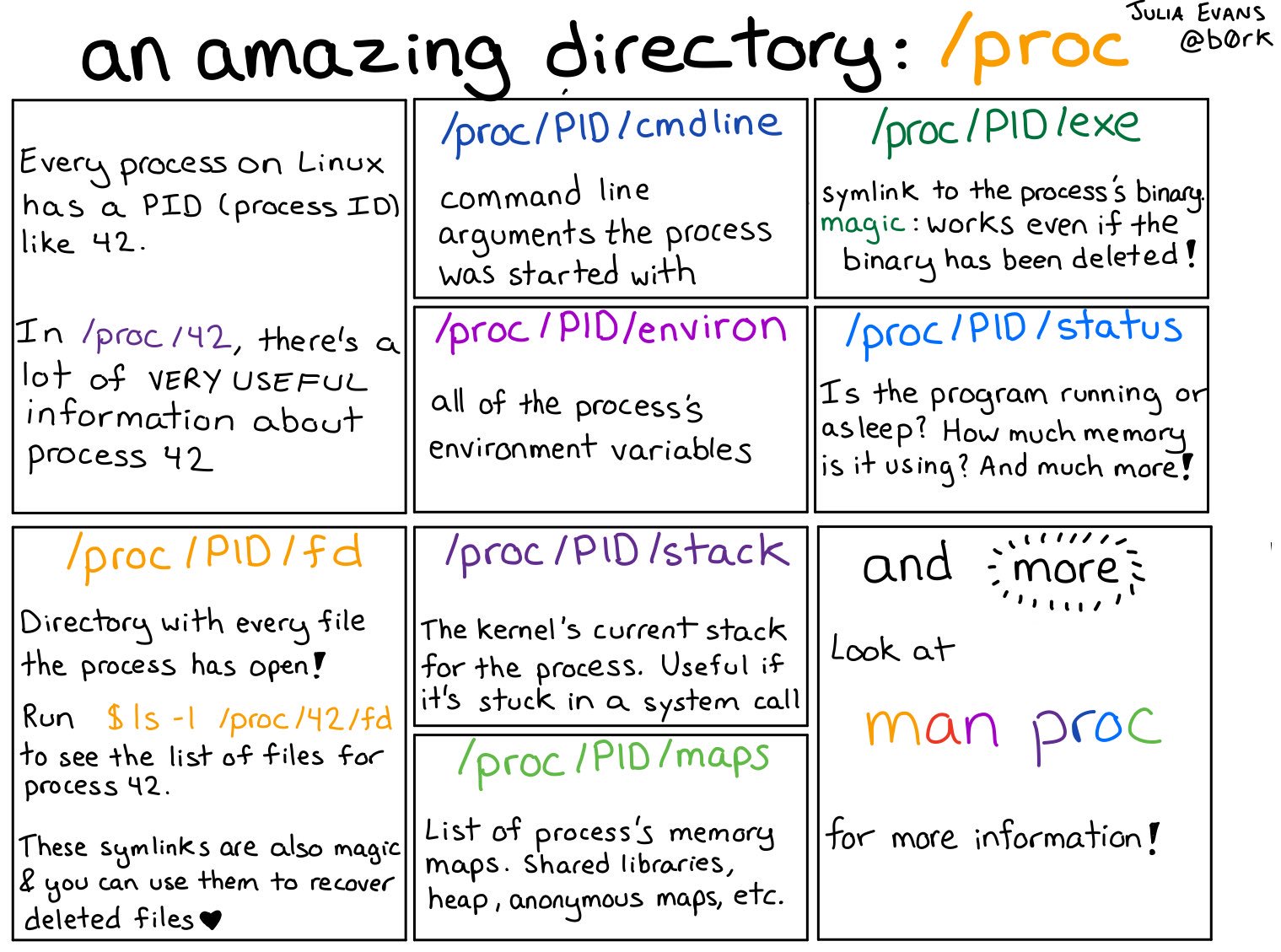 This section will describe three of the most used methodologies (by me at least). Apply a methodology when performance issues start showing up; there is no rule about choosing the best approach. Previous experience with your software architecture will likely be the best way to make a decision.

Utilization, Saturation and Errors (USE) is an methodology that should be used early in performance investigation. For every resource, check the utilization, saturation, and errors: 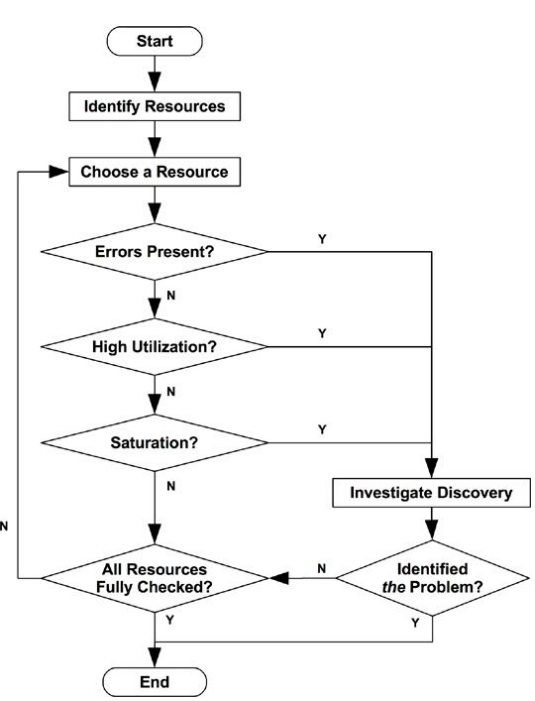 Its important to consider that it can be counter-intuitive; a short burst of high utilization can introduce saturation and performance issues even though the overall utilization is low over a long interval. CPU utilization can change dramatically from second to second so a 5-minute average may disguise short periods of 100% utilization and therefore lead to saturation.

Note: The saturation could not be easier to identify.

The first step is to create a list of resources:

Virtual resources are fundamentally different than dedicated hardware. Especially as your resources are both shared and intentionally throttled. Some - if not all - cloud providers make their money by overselling and betting on idle processes.

The USE method is most effective for resources that suffer performance degradation under high utilization or saturation, leading to bottlenecks. Fortunately, they are not common system bottlenecks, as they are typically designed to provide an excess of throughput. Unfortunately, if they are the problem, can be difficult to solve.

After you get the list of resources, try to create some metrics for it: 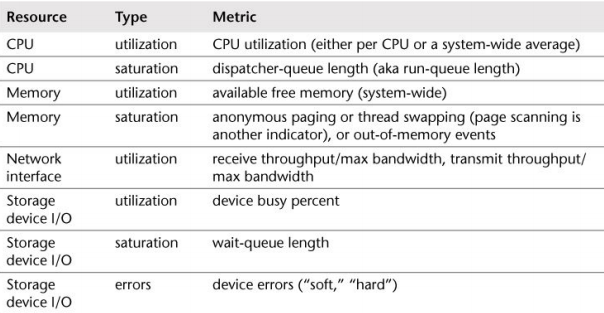 The process of elimination is good for us. Eliminate a possible resource bottleneck may help us to focus on another resource limiting our scope.

The process iterates through deeper layers of the software stack – even to hardware if necessary – to find the root cause of the issue. I try to to apply this methodology in every part of the software stack. It’s usually harder to do so without having the bigger picture; but as you get more experienced you start recognizing recurring issues.

Collecting and monitoring metrics is fundamental. Without it, we cannot fix the bugs the components cause.

Such deeper analysis may involve the creation of custom tools and inspection of source code (if available). Here is where most of the drilling takes place, peeling away layers of the software stack as necessary to find the root cause.

Imagine an application that after a month in an production environment has begun to perform poorly.

This is a good real sample extracted from System Performance book. There is not limit to go deep into Why?, but, one has to when the software is performing well. 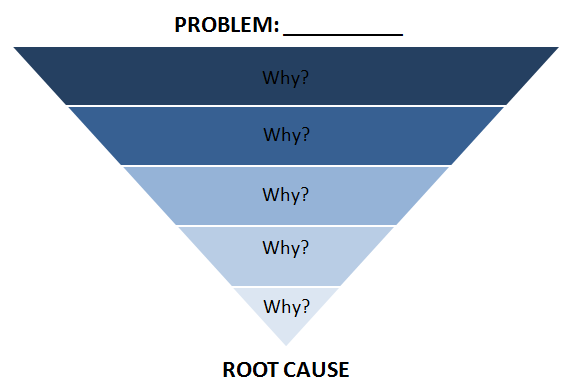 The scientific method studies the unknown by making hypotheses and testing them. The unknown here can mean the unknown-unknown as discussed in Know-Unknows section.

For more information about how scientific methods, see here

First, define a question based on performance problem; for instance: Why does my application have degraded throughput?.

Second, build a hypothesis about what the cause of poor performance may be. CPU Miss rate? Write a test to prove your theory by for instance using Valgrind.

Collect results from your previous step and analyze how it behaves over time. It will give you a better idea of what components are connected and ultimately affected. 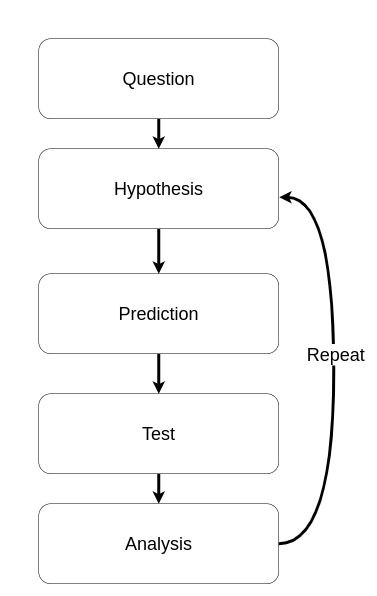 Usually, when a system boots the memory usage starts to grow as the operating system uses available memory to cache file system improving performance. A system may report that it has only 10 MB of available memory when it actually has 10 GB of file system cache that can be reclaimed by applications immediately when needed.

A common source of confusion is the endless growth of heap. It’s not a memory leak, the free() in most allocators doesn’t return memory to the operating system; rather, it keeps it ready to serve future allocations.

This means the process resident memory will only ever grow, which is normal.

Main memory utilization can be calculated as used memory versus total memory. Memory used by the file system cache can be treated as unused, as it is available for reuse by applications.

The next figure shows an example CPU architecture, for a single processor with four cores and eight hardware threads in total.

Each hardware thread is addressable as a logical CPU, so this processor appears as eight CPUs. The operating system may have some additional knowledge of topology, such as which CPUs are on the same core, to improve its scheduling decisions.

High CPU utilization may not necessarily be a problem, but rather a sign that the system is doing work.

The MMU is responsible for virtual-to-physical address translation.

This MMU uses an on-chip TLB to cache address translations. Cache misses are satisfied by translation tables in main memory (DRAM), called page tables, which are read directly by the MMU (hardware).

For CPUs, the tools method can involve checking the following:

In the last section, we brought up CPU Cache. Consider the following example:

“An application is performing bad. Monitoring is telling us that has a CPU Intensive workload“

The code are spending around of 50 seconds in the server machine. It should be improved by a factor of 10 (following the SLO of application).

The time elapsed varies by machine, of course.

To this performance issue, I would perform the Scientific Method approach:

Each processor reads and writes main memory in contiguos blocks, called cache lines. Although Caches, it has two key terminologies:

The perf is a great tool to perform analysis of cache misses with small overhead:

10% of cache misses is a great point of improvement. This code is performing a bad spatial locality.

The order of for loop matters! Switch the for-j to for-k will improve the cache hit.

Running the application again, it gets:

This is obviously for demonstration purposes only. In real-world issues there are several variables to consider – it is normal when a scientific method doesn’t give an immediate result. Only through different attempts you will increase visibility and improve the application.